Welcome To The Profit Shortcut Review

Have you recently stumbled across this new website, The Profit Shortcut? Do you have some questions like, is it a scam? Or is it a legit way to make money online? I recently heard about this website via email and did some digging to find out the TRUTH! All will be revealed in this review.

The Profit Shortcut Review – What Is It?

The Profit Shortcut is a fairly new website making its way around the internet. They claim that they have a proven method to make money online even on a tight budget. However, after taking a closer look at their website, I'm a little sceptical. 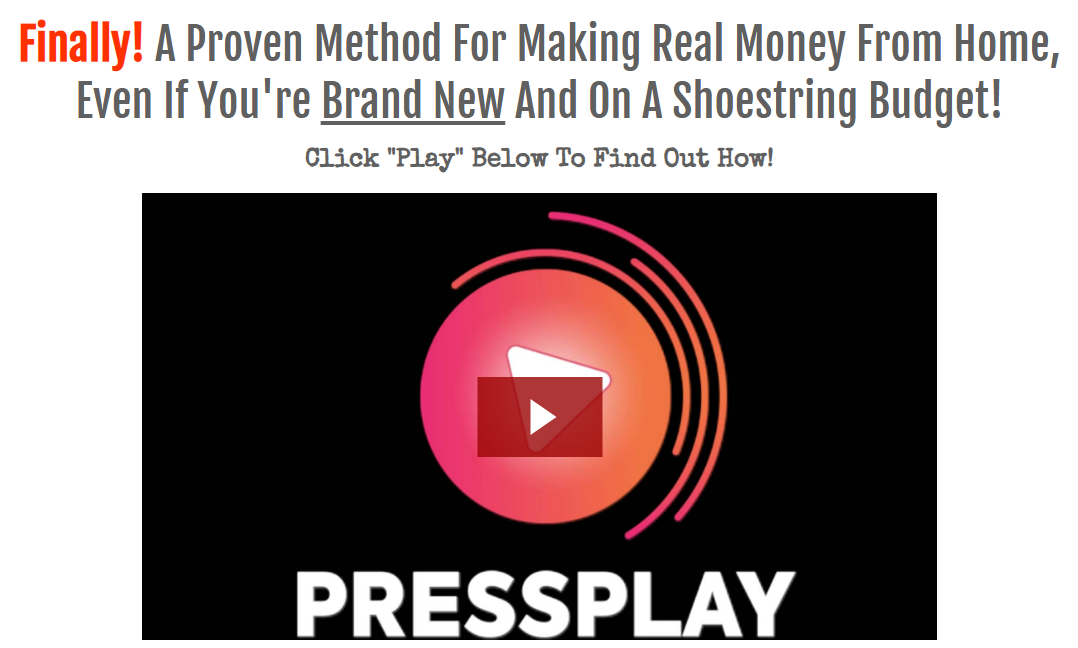 Here's a screenshot from their actual website. As you can see, it looks just like the typical scammy website that we see time and time again. I've done countless reviews on scam websites here on this blog and on my YouTube channel, so I know what to look for and can spot red flags instantly now.

I didn't want to jump to conclusions and judge it just by the look of the website. So, I gave it the benefit of the doubt and watched their sales video.

However, I was not impressed here either. Honestly, it made me doubt the website even more. It starts off straight away with people claiming they earned tens of thousands of dollars in their first weeks of using The Profit Shortcut.

So, the fact that the video starts off like that is a big red flag for me.

After those testimonials are over, the narrator and apparently the ‘founder' of The Profit Shortcut starts speaking. She tells us that she's going to reveal the exact same method she uses to make hundreds of thousands of dollars every single month. All by using their done for you system that makes money for you. Little to no work will be required on your end.

Sounds too good to be true, right?

That's because it is!

The TRUTH About The Profit Shortcut

The real, honest truth about The Profit Shortcut is that it's not even its own system. It's nothing but a sales funnel trying to get you join an entirely different system through their affiliate link.

What Is The Super Affiliate Network?

If you don't know what The Super Affiliate Network is, it's a high ticket business opportunity, just like MOBE, which I talked about in my Secret Society of Millionaires Review. However, MOBE has since been shut down. So, you should be very careful with websites with this business model.

The Super Affiliate Network is a 100% legit business opportunity, from a real guy called Misha Wilson. However, I never recommend this system to anyone, simply because of how high ticket it is and the risks involved. It will cost you thousands and thousands of dollars before you can even attempt to start earning money online. And if the website gets shut down, just like MOBE did, then your investment is worthless.

There are monthly membership fees involved, as well as having to buy into incredibly expensive products before you can actually have the rights to sell and make commissions off of it.

How Does It Work?

It's very cheap to start off with. However, you can't make any money at all with only their initial fee. You have to purchase one of their memberships to actually start attempting to earn a penny with them.

The higher the membership you purchase, the more commissions you can earn by getting other people to buy into it.

If you only have their “Basic Membership”, you will be unable to make any money off of sales for their “Annual”, “Plus”, or “VIP” memberships. Their “Basic” membership is the only one that you'll gave the license to sell. This is called a “licensed rights” deal that is very common with high ticket programs just like this one or MOBE.

The Verdict – Do I Recommend The Profit Shortcut?

No, I do not recommend The Profit Shortcut. They are very sneaky, and I don't like the fact that they're misleading you into buying a completely different system. They make it sound like it's very easy to start making thousands of dollars per week with a very low budget.

But this is not true at all. As I mentioned, the system they're really promoting is The Super Affiliate Network which certainly can't be done on a low budget.

It's going to cost you a lot of money to get started, and there's always the risk of the website being shut down and you losing everything.

For these reasons, I don't recommend The Profit Shortcut or The Super affiliate Network.

Do You Want To REALLY Make Money Online?

Thanks for reading The Profit Shortcut review.

I've said this time and time again. Affiliate / Internet Marketing is hands down THE BEST way to make money online.

So, if you're looking for a legitimate way to make an income online then click the button below so see my #1 recommendation. That will take you to a FREE training video that's helped me make over $500,000 in the last 12 months from home.